We'll send this today if you order in the next

The Rabbit Skin Tug is ideal for popping in a pocket and keeping on standby as a quick yet satisfying reward.

Made with real rabbit skin, this tug toy is exceptionally enticing to dogs and tough enough to stand the test of time (and teeth!). The cushioned handle offers excellent comfort and grip, while the toy's overall size makes it perfectly portable – without compromising the size of the bite area.

From top to bottom this toy measures approximately 33cm (13inches). Due to the organic nature of rabbit skin, size and density may vary.

As seen on Channel 5’s The Dog Rescuers and BBC Two’s Me and My Dog, The Clam is an innovative treat-dispensing toy that makes training a whole lot...

If there's one thing that's almost guaranteed to grab a dog's attention, it's the combination of real fur and a squeaker! Featuring a bite area ma...

Looking for a special motivational toy that you can easily keep under wraps while training? This pocket-sized bungee tug toy is just the ticket.  ...

Small and lightweight enough to pop in your pocket, but still tough enough to stand up to tugging games, this colourful tug toy is a real hit with ...

This Mini American Football Tug is a real winner with puppies and smaller dogs who love playing with balls.  The football-shaped rubber ball is a g...

Thank you for submitting a review!

Your input is very much appreciated. Share it with your friends so they can enjoy it too!

FacebookTwitter
Be the first to review this item
Filter Reviews:
×
Clear filter
More Filters
01/22/2020
I
Imogen

United Kingdom
I recommend this product

Super small enough for hiding in a pocket!

Great, it's small but it will do the job as I intend to have two others to switch around with. My intention was that I could take it around with me easily to use for distraction. The photo has the small rabbit skin tug in foreground, the bungee rabbit skin tog is with the dog. (Bought for 18 month Border Collie who loves to tug games) 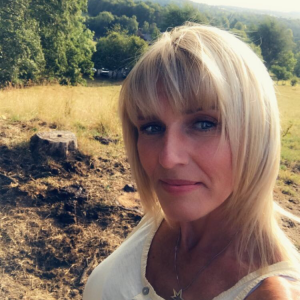 Christmas present for Ozzy - his favourite toy by far - can’t get it off him and he sits by the back door where I hide it so he can play with it again. Limiting his time with it as I’m sure he’d destroy it in no time. Great value for money

he will play with this for hours

I was very disappointed with this tug toy. I wanted a rabbit skin tug for my big, boisterous husky. I read the sizing on the other tugs and could see that they were too small by the size given. This looked big in the photos but is tiny and very narrow, especially compared with the other toys I bought. I can't use it with him as I am afraid he might swallow it. It does have a strong odour of rabbit and my cocker spaniel did show an interest in it which is why I gave it 3 stars.

Sorry to hear this. Remember you are covered by our 30 day money back promise. If you'd like to start a return please get in touch.

This tug has been amazing! I'm currently working with my reactive dog, so I love to use this to distract her and reward for when she walks past nicely!

My little chihuahua ignores most toys. i've been trying to find a reward toy she's interestsd in. She went nuts for another dogs rabbit skin toy but it was far too big. This is just about small enough. About half the size with a thinner, longer, strap would be even better.

Watch this space Mary - we have some new teenie tiny toys coming soon...

The whippet absolutely loves this tug. It’s a great size for her to fit in her mouth and give it a good pull. Has already had to put up with some rough play, but shows no signs of wear or giving up!

My dog loves these on walks. Gets so excited

Wow, their eyes lit up when they saw it

Well I have lots of tuggy toys for my dogs. (They're spoilt!) But I've never had that reaction to the toy. This is the first toy that they've both instantly wanted to play with. Normally one or the other will take to it instantly and the other will need to be taught to play with it. I am now looking at buying a second one of these.... When Tygers colour comes back in stock that is.

To be honest, I bought this by mistake, I should have bought the one with the squeaker inside, my mistake, but they do seem to like the texture of the skin. They all love the frisbees, I have several of them now, two bought several years ago are on borrowed time, but still usable, I have four others. I find them safer to throw than balls, as the dogs don’t usually have to stop suddenly, also they love to play tuggy with them.

Arrived Saturday morning was wrecked by lunchtime. I was so disappointed with the rabbit shin tug. However having e mailed tug-e-nuff on the Sunday I am able to have a refund without any problems. I am giving another go with a different tug, sheepskin with a ball, it’s larger and hopefully tougher.

Brought this as a replacement for a rabbit skin squeaker that I lost on a walk. My vizsla loves it, makes recall more fun

Winnie loves the tug, and it's small enough to take out and about with us.